An Open Dialogue About Gunviolence and Tragedy 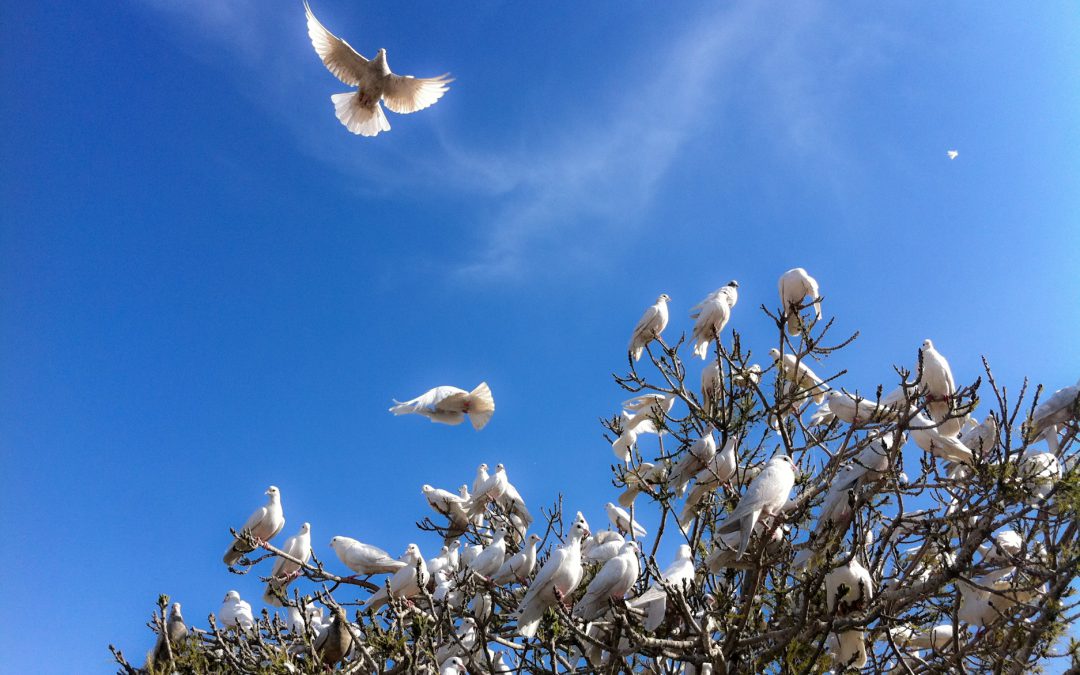 The dove has been a symbol of both peace and innocence for thousands of years across many different cultures. In ancient Greek mythology it was a symbol of love and renewal of life, and in ancient Japan a dove carrying a sword symbolized the end of war.

Yet again, tragedy rocked our brothers and sisters over the weekend when two mass shootings were carried out in another display of violence and hatred. Both El Paso and Dayton fell victim to firearm related violence leaving close to 30 dead and many more injured. It goes without saying that there is a proverbial poison that has infested itself in the heart and minds of our youth as well as adults who are tasked with teaching our youth right from wrong. Where is that poison coming from?

Growing up my friends and I played all sorts of video games many of which had extreme levels of violence. Mortal Kombat, Doom, Call of Duty, and many others come to mind. Not once have I personally felt like these games made me violent in any way. Neither myself nor my long time circle of friends have any history of violence. Then again, we grew up in upper middle class households with parents that were stable, weren’t victims of abuse, and taught us wrong from right to the best of their ability. Does that mean that violent video games don’t play a part in adding to the poison? Not necessarily. It simply means that with the variable of good parenting in play, the side effects from exposure to violence through these games seems to be curbed.

Comparison. Comparison is the master thief that robs us of our happiness and contentment. When I was in my formative years, comparison went about as far as the 10-15 neighborhood friends and their shoes, bikes, and new football gloves their parents paid for. Little fits of jealousy came and went as your friend next door got the newest pair of basketball shoes that the sporting goods store didn’t have in your size. There was no social media, no reality tv and no way to compare what you had to other kids your age outside of your neighborhood or elementary school. Kids today experience immense pressure to fit in on social media. And when they don’t? Poison is often the result.

Pharmaceuticals. There is no debate here. More children than ever before are being treated for disorders we don’t fully understand yet with uppers, downers and all arounders. A chemical which can work to enhance the quality of life for one, may be chemical poison to the mind of another. I can have a Red Bull and go straight to sleep for 8 hours. My closest friend from the neighborhood can’t have more than a couple sips of caffeine or he won’t sleep a wink all night. Chemicals affect us differently. This can contribute to poison.

Guns. The elephant in the room. I own them, several in fact. I used to think and subscribe to the notion that guns aren’t the problem. I don’t know if that is true anymore. While I still agree guns aren’t THE problem, they sure aren’t doing anything to help matters. I don’t know what to do about this. I see both sides of the argument. Fellow gun owners will put forth that bad guys will always have guns available and if you take them away from the good guys, none of us will be able to protect ourselves. I tend to agree. Those opposing civilian ownership of guns say that if we didn’t allow civilians such easy access to firearms that these mass shootings wouldn’t happen. I tend to agree. What would the Dayton and El Paso shooter have done with no gun? Thrown a bunch of punches until the first guy with martial arts experience stepped in and put him to sleep? There wouldn’t be 30 dead this weekend if there were no guns in these two most recent scenarios. At worst a few black eyes or possible broken bones until the attacker was taken out. I own guns and have fought for the right to own them for over a decade. I have no leg to stand in this one and I will not argue differently. Guns are tools which are easily used by those poisoned to carry out horrific acts.

Something scary dawned on me this morning which is the reason for this post. Of course I heard over the weekend the news as it broke in both El Paso and Dayton. We get our news faster than ever before these days. The scary part was I felt almost no sadness, no pain, no nothing. It was just another news story of a horrible act carried out in a couple of cities I have never even been to. It didn’t affect my weekend so what should I do about it?

My close friends would tell you I am a very caring guy. It’s my biggest weakness in fact. I often care too much and end up disappointed with people. So how do I reconcile that I didn’t even care initially when I heard the news? That is what is scary, friends. These things have become so commonplace in America that it has become hard to “feel.” It becomes hard to relate to pain others experience even in the most dreadful of times. When the news broke instead of feeling sadness I honestly thought to myself, “Oh great another week of gun debate.”

I’m sick over this. I’m sick over myself and the fact I could just go on like nothing happened. I’m sick over senseless loss of life and our media who will spin this into a Republican vs. Democrat, right vs. left, gun vs. no gun debate. With all due respect I think it is more than fair to say, “Fuck the Republicans and fuck the Democrats.” If you can’t dissociate yourself in times like these from your political or other ego-driven biases the poison has infested you. The poison has infested you just like it had me when I felt nothing by yet another horrific tragedy that was preventable.

As I rack my brain and take some time to think of the victims and their families I only have one solution to offer. You might notice I haven’t offered any thus far. Here is what I came up with. Call a family member or close friend and talk. Once a week pick someone new and set aside a minimum of 30 minutes to talk. Ask them what is on their mind. Ask them what keeps them up at night. Ask them if they have something to look forward to and someone they can go to when the poison bubbles up to the top. We can’t let the poison win.

We won’t let the poison win.

Consider me someone you can talk to.

May the families and friends of those affected in the tragic losses in El Paso and Dayton find peace.