For those interested in an industry group capable of taking your account to “high times” an opportunity has presented itself this week you won’t want to miss. The cannabis industry is one which I have been invested in for almost two years now, rolling with the punches and taking hits (no pun intended) here and there. As of late it had been a slow bleed lower, but these are investments not trades. Things take time to play out, especially in an industry which has been looked at as taboo for so long. Here is why I think it is a good time to get involved here and now: 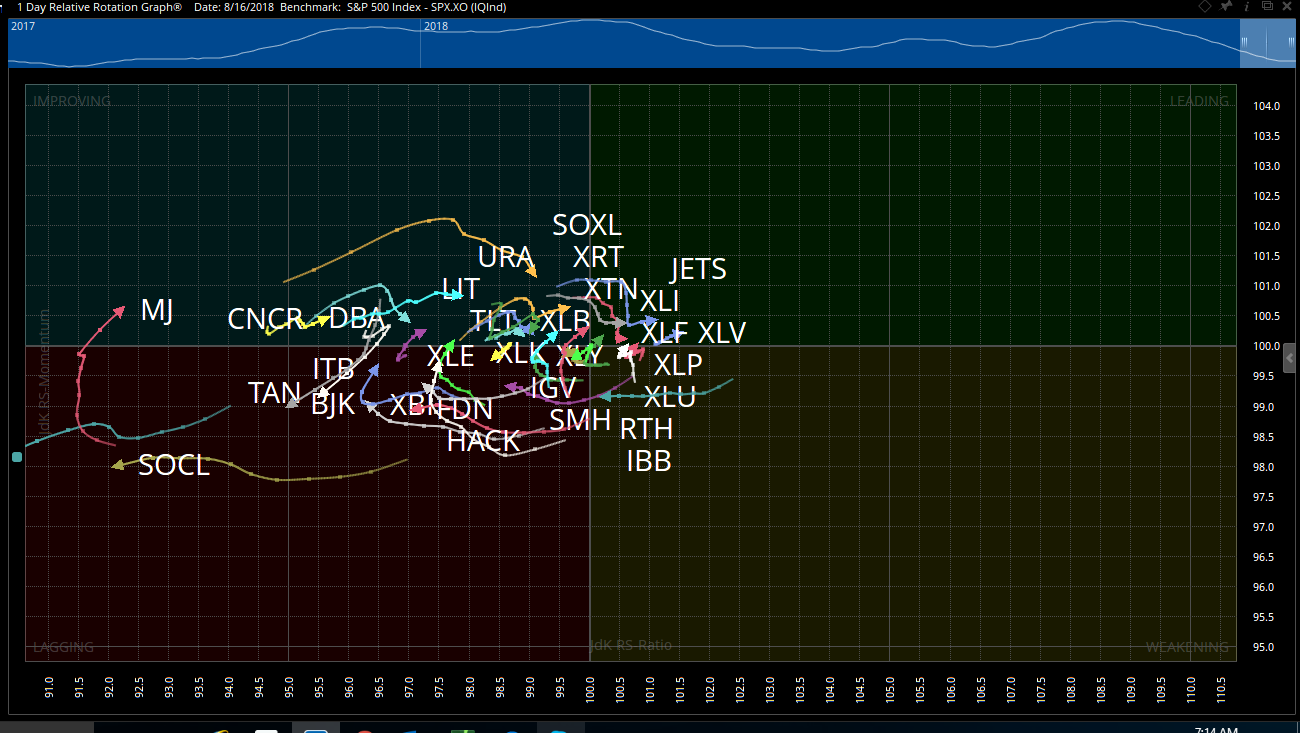 Relative Rotation Graphs, developed by my friend Julius de Kempenaer are a technical tool I make use of daily. While the quantitative aspects behind them get quite involved, at their most simplistic form they show flows of funds into and out of industry groups relative to a benchmark. The RRG shown above, includes sector ETFs and industry group ETFs which are of interest to me. They are plotted against the S&P 500 index. There are a multitude of ways one can make use of RRGs, one of which is observing groups making a move into the top left quadrant (Improving). I like to be involved in these areas as they often times put me in front of further fund flows as investors begin to spot strength in the group. Even better, the MJ (Cannabis) ETF is moving strongly near the outside of the graph as opposed to clustered in the middle. We like to see this for reasons I will not go into detail here.

The strength in MJ over the last few sessions comes on the back of the news this week that Constellation Brands (maker of Corona) made a $4 billion dollar bet on the cannabis industry via investment in Canopy Growth. It was well received:

Other names in the space have followed suit, from the larger caps down to the OTC penny stock names. I am invested across the board, from major players like GWPH with a $3 billion market cap on down to the ultra speculative penny stock OTC level. I think it is wise to put together a basket of names, similar to your own ETF and settle in for what is ahead.

The industry is still in its infancy; Thirty states and the District of Columbia currently have laws broadly legalizing marijuana in some form. Canada recently legalized its use.

Eight states and the District of Columbia have adopted the most expansive laws legalizing marijuana for recreational use. Most recently, sales of recreational-use marijuana in California kicked off on Jan. 1. In Massachusetts, retail sales of cannabis are expected to start later this year in July. Voters in Maine similarly approved a ballot measure legalizing marijuana in 2016. The state, however, has not yet adopted rules for licensed marijuana growers or retailers, nor has it begun accepting licenses. Gov. Paul LePage vetoed a bill that would have established a legal framework for sales of the drug.

The vast majority of states allow for limited use of medical marijuana under certain circumstances. Some medical marijuana laws are broader than others, with types of medical conditions that allow for treatment varying from state to state. Louisiana, West Virginia and a few other states allow only for cannabis-infused products, such as oils or pills. Other states have passed narrow laws allowing residents to possess cannabis only if they suffer from select rare medical illnesses.

A number of states have also decriminalized the possession of small amounts of marijuana. (Current as of March 30th, 2018)

Exodus Market Intelligence, a quantitative screener I use, has a nice list which I have sorted below by Sharpe Ratio. This will get you started on some names to investigate. 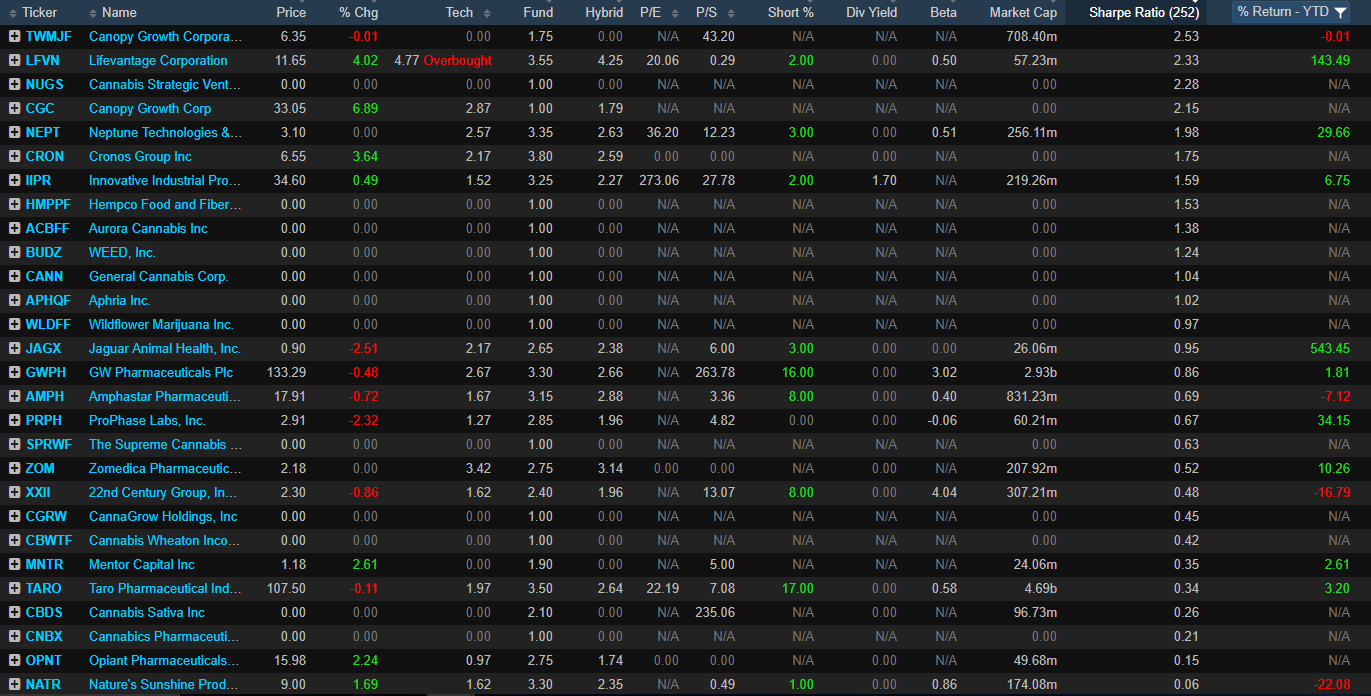 The rolling stone(d) is gathering steam and isn’t likely to reverse now. The medicinal benefits are shunned only by the pea brained, and the tired adage that “marijuana is a gateway drug” is thankfully falling by the wayside.

And you know this…